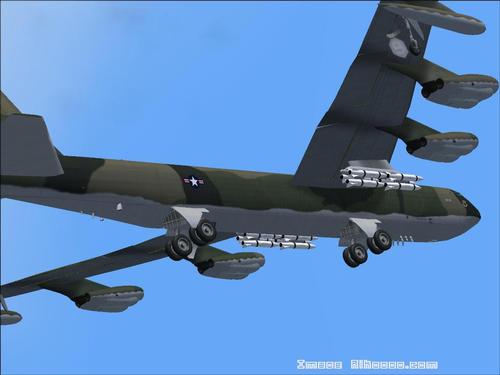 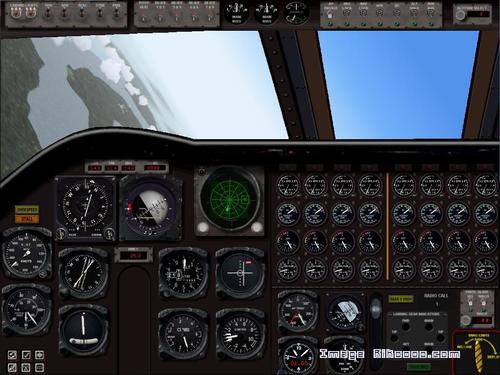 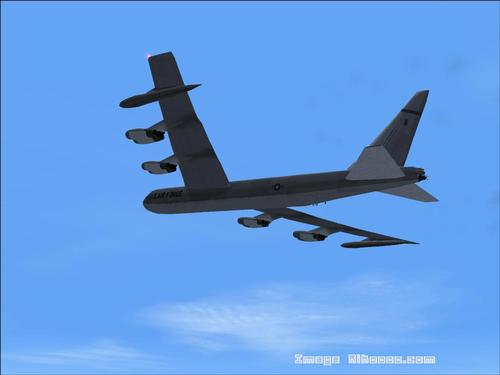 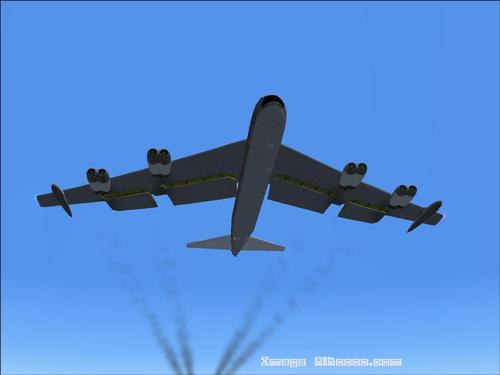 Here is the B52, famous despite of himself, sadly ! Several possible versions. Author unknown. Flight model very well done. The sounds were corrected by Roger.

The Boeing B-52 Stratofortress strategic bomber is a subsonic long-range, powered by jet engines, developed by Boeing Boeing. It is in service with the United States Air Force (USAF) since 1955. Project B-52, a right-wing aircraft powered by six turboprop, wins the contract to be signed on 15 June 1946 and become the prototype YB-52, swept-wing aircraft equipped with eight turbojet engines. The aircraft made its first flight on 15 April 1952, with Tex Johnston as a test pilot.

The B-52 Stratofortress is gradually replacing the Convair B-36 between 1955 and 1959. Although built to carry nuclear weapons in deterrence missions of the Cold War, it was used for the release of conventional ammunition during all the wars in which he participated. Capable of carrying up to 32 tons of weapons and thanks to its large range, it still meets the operational needs of the USAF.

The B-52 is in service in the first Strategic Air Command, and after its dissolution in 1992, he entered the service of Air Combat Command. In 2010, he joined the same time as the Northrop B-2 Spirit, the newly created Global Strike Command. Thanks to its excellent performance in high subsonic speeds and its operating costs relatively low, the B-52 is still in use, despite the introduction of more modern aircraft intended to replace, such as the North American XB-70 Valkyrie experimental, Rockwell B-1 Lancer supersonic Northrop B-2 Spirit stealth.

In January 2005, the B-52 became the second aircraft, after the English Electric Canberra bomber British, after 50 years of continuous service with its original operator. In 2009, there are four other aircraft in this case: the Soviet Tupolev Tu-95 and U.S. Lockheed C-130 Hercules, Boeing KC-135 Stratotanker and Lockheed U-2 (source Wikipedia)