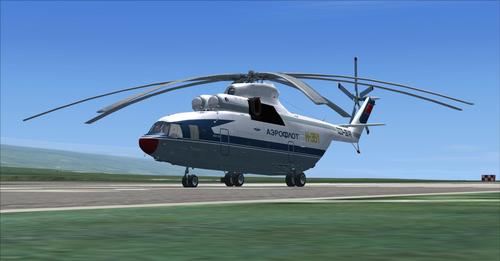 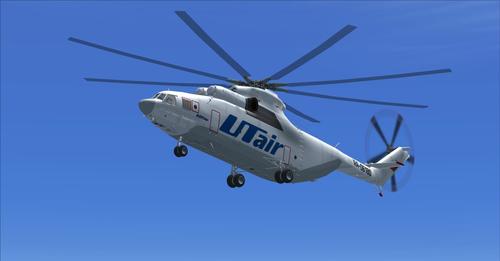 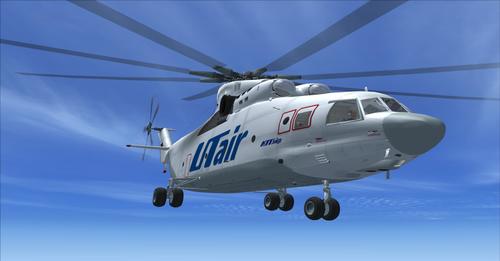 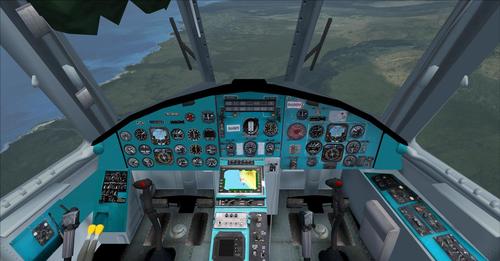 The package features a corrected and completed new VC and 2D panel, since the default VC didn't have any functional gauges and had a faulty bitmap in the texture folders, so that the left vc section and the right and left corners were white.
It also features a new 2D panel, originally designed by Vladimir Zhyhulskiy for his FSX version, but now modified to match the VC. The package also contains added smoke effects. New VC and 2D panel design and configuration by Michael Pook. Model by Alphasim.

The Mil Mi-26 (Russian: Миль Ми-26, NATO reporting name: Halo), given the product code izdeliye 90, is a Soviet/Russian heavy transport helicopter. In service with civilian and military operators, it is the largest and most powerful helicopter ever to have gone into production.

Design : In the 1970s, the Soviet Union wanted to offer a successor to the Mi-6 but with much higher performance. A first prototype was then built, it first flew on December 14 1977 Operational trials in the Soviet army began in early 1982, it entered service the following year. February 3, 1982, he established several world records, including a flight at maximum weight (laden) of 56,769 kg to 2,000 meters. (Wikipedia)