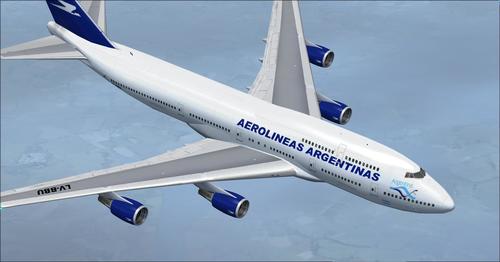 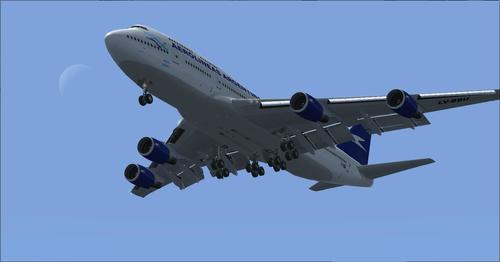 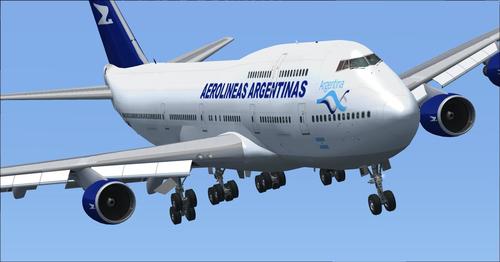 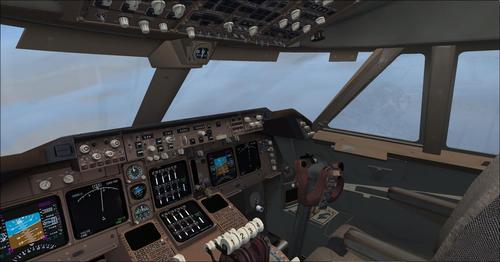 Boeing 747-400 in the colors of Aerolineas Argentinas, a beautiful machine modeled to perfection by Hiroshi Igami. The three textures included correspond to the three Boeing 747 registered to the company: LV-ALJ, LV-AXF and LV-BBU. The virtual cockpit is the default FSX B747 and sounds are those from a real 747 General Electric CF6-80C2B5F

Aerolíneas Argentinas (IATA: AR, ICAO: ARG) is the national airline of Argentina, privatized in the 1990s by the government of Carlos Menem (Justicialist Party, PJ). It was nationalized in September 2008 under the government of Cristina Kirchner (Front for Victory-PJ), an Argentine court has refused any compensation to the Spanish firm Marsans, business owner.

The firm also owns the subsidiary Austral Lineas Aereas, has on domestic flights, which was also nationalized in 2008.

Aerolineas Argentinas is expected to join the SkyTeam alliance and will be the only company in South America. An agreement should be announced in October 2010 for entry into the alliance in 2011 or 2012. (Source: Wikipedia)