Well-developed model, this plane seems to come from another world strangely similar to the whale whose name is Beluga. Includes custom sounds, a functional 3D cockpit, read the manual (FCM.pdf) to properly use the instruments on board.

The Airbus A300-600ST (Super Transporter) or Beluga is a version of the standard A300-600  wide-body airliner modified to carry aircraft parts and over-sized or awkward cargo. It was officially called the Super Transporter at first, but the name Beluga became popular and has now been officially adopted.

Here are the procedures for opening external doors : 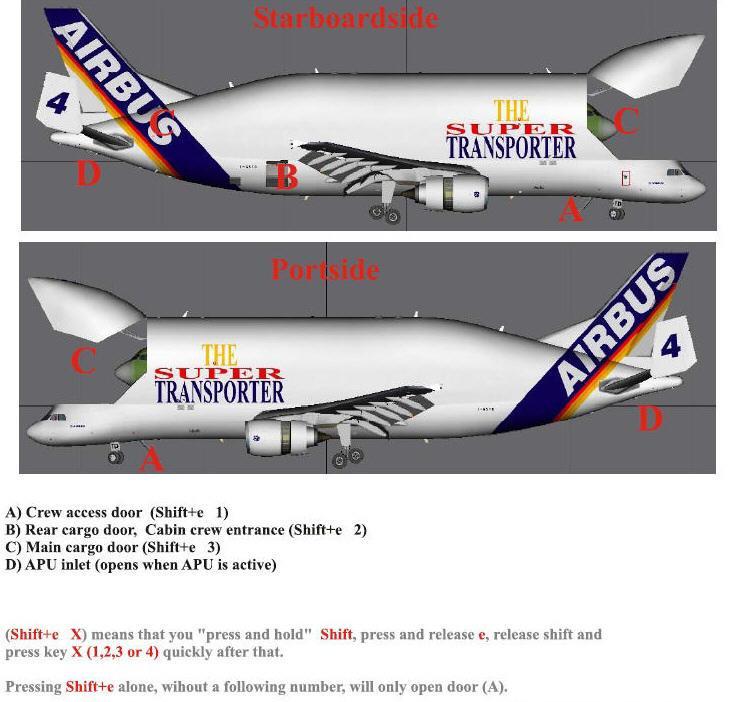